In fact, the number of members who match and would eventually marry has shown a growth rate in double digits. According to research done by Monpetitdate, an independent online dating comparison website, the French have begun to leave online dating sites since the beginning of 2021. During the second lockdown in France, around August 2020 and February 2021, the traffic for the ten largest dating websites in France recorded an average decrease of 36%. 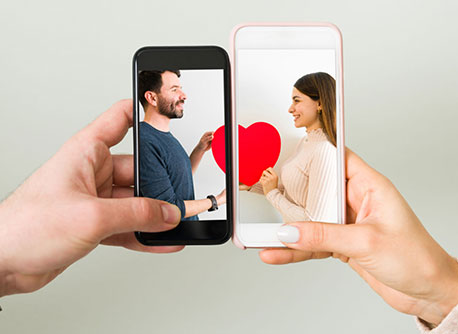 Technology and dating apps in Singapore have successfully brought together countless connections.
However, dating apps are corporations. The technology created is meant to maximize revenues, profits, app usage and keep you online as long as possible. The need of dating apps is ideally to create a large userbase and to keep them there by showing a list of things they MIGHT be interested in. In today’s modern era, where our pace of life is getting faster and more demanding, love sometimes takes a back seat. But we all still desire it: to love and be loved. And more dating agencies are available to bridge the gap between our busy lifestyle and our basic need for love.

However, there are many misconceptions about such dating agencies which prompts comments that we’ve heard before:

Getting to know more
About you
Thank you for visiting our website!
To help you further, we would like to ask a couple of questions: